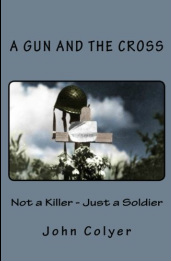 'A Gun and the Cross'  is collection of poems and short stories told in rhyme I have written over the years. The stories are based on my personal experience and from other veterans; soldiers who have served in combat who came home with the emotional scars of war . . . wounds that never heal. 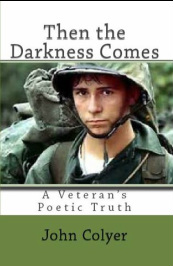 Then the Darkness Comes, by author John Colyer, is  about the emotions of
a young soldier  after he returns home from the
service.
Click on Picture to order 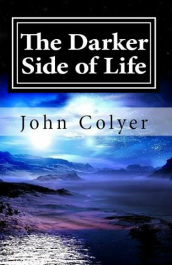 The eyes of God look down on this world; He cries at the wickedness of
mankind.
As the hearts of man turns from God he  turns his head and looks away.
When the eyes of God turn from man, then Satan
has his way.
Click on picture to order 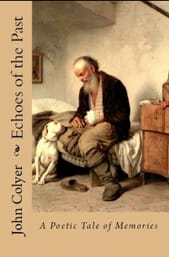 To reminisce on the past; oh how pleasant some times, how sad at other time . . .  but what lessons we've learned from the living we've done. 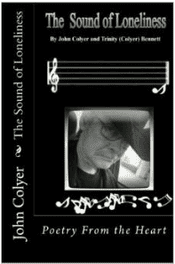 Spiritual stories that will touch the heart.
Click the picture to order
Author/Poet John Colyer comes together with his daughter, Trinity (Colyer) Bennett to share their love of poetry. Together they write a father-daughter combo of emotions and thoughts; expressing their passion for life and their love of God. Go into the heart of a family where 'The Sounds of Loneliness,' bring them closer to each other. Share a poetic parental love of poetry between father and daughter like never before.
Click picture to order 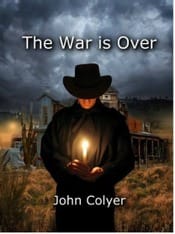 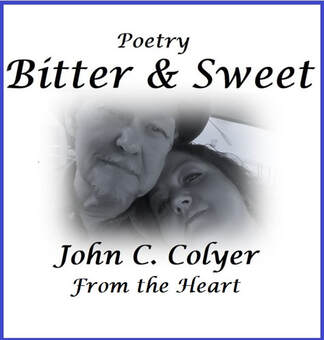 Dixon rubbed his face and ask, “You have any enemies, Wes?" Wes chuckled, “You know the answer to that, Sheriff. Let’s see Johnson, Bowman, that henchman of McDonald’s, what is his name – Speedy?” Dixon nodded his head slightly, “Yeah that was a dumb question, wasn’t it? I know the same people who killed my deputy are responsible for this, but I’m having a hell of a hard time proving it.” “Well Sheriff, I tried to stay out of this mess, but they brought it to my doorstep. They chucked the coals on the fire, now they’re gonna burn.” Wes said as he turned to the door tipping his hat. “Hold on there, Wes; keep those pistols holstered and let the law deal with this.” Wes didn’t reply, he just gave Dixon a quick doubtful glance as walked out. He led his horse down the street to the general store. “Good evening Mr. Monroe. I need four boxes of shells for these Colts,” Wes ordered from the clerk. “You plan on doing a lot of shooting, Wes?” Monroe asked as he laid the ammunition on the counter. “I hope not, but you never know,” Wes replied, paying for the ammo and walking out. As he tucked the ammunition in his saddle bags Speedy walked up a few feet behind him. “Hey there Johnny Reb; I see you’re packing today.” Wes turns slowly giving him a cold hard stare, “Walk away boy – walk away now.”
Click picture to order 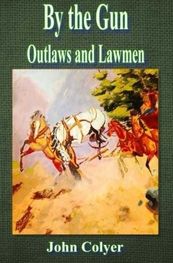 John Colyer presents "By the Gun: Outlaws and Lawmen," a book of western poetry. John goes back to the Old West where he displays his poetry in the old fashioned days of the wild west. Everything from a coach or bank robbery to being an outlaw with regrets for the life he has lost. Lawmen that try to throw down the badge only to pick it back up to save his family and town. John Colyer's poetry will take you on a journey that will let you walk the dirt streets, smell the gun powder and taste the true grit that men were made of back then. A wonderful experience of emotions and the raw west.
Click picture to order
Powered by